Building a Way of Life with the WOLACO Team

WOLACO was born out of frustration – with just a mere 45 minutes to work out each day, Terry White couldn’t get into the zone with his phone jiggling in his pocket and a house key tucked in his sock. So, he set out to solve that problem. Fast forward 6 years, Terry not only knocked it out the park with his patented compression shorts with sweat-proof pockets, WOLACO has an entire line up of gear for both men and women who need practical activewear.

Speaking with CNBC back in 2017, Terry said: “In my opinion, the most overlooked area of the athletic apparel market is the everyday person” — which is one of many things giving WOLACO the edge on massive sportswear brands; addressing basic needs and functionality.

We caught up with the WOLACO team, who not only work together but live together, Founder – Terry White, Creative Director – Nick Dio and Erin Falter who has been building and recently launched the latest addition to the brand, WOLACO Women.

WOLACO — Way of Life Athletic Co. — can you expand on this philosophy?
Nick: Glad you asked! For us, there is no compartmentalization between work and life. Our training, relationships, conversations, mental health,  hobbies, passions, are all connected. Living an active way of life gives us strength in all forms, clarity in our vision, confidence in ourselves, it fuels us to become our best in everything we do. If we’re going to leave our mark on this world while we’re here – it’s going to be because we lived a way of life that was uniquely our own.

Growing up, what was your relationship with sports like and how has this influenced your vision for WOLACO?
Terry: Growing up, the only thing I really ever had interest in was sports. The calendar year was simply a seasonal rotation of sports, each season would dictate what sport I was playing at any given time. For a good portion of my childhood I was participating in hockey, swimming, tennis, soccer, lacrosse, football, cross-country and even paddle tennis within a single year on organized teams. And for a while I genuinely believe that I would someday play football in the NFL. As I got older, I ended up focusing my energy into football and lacrosse, ultimately playing division I lacrosse in college.

I think my background as an athlete has given me an intuitive familiarity with the product category that we operate in. When I launched WOLACO I simply had an idea for a compression short that I knew could be constructed and designed better.

In the past, Terry’s spoken about having an ‘open relationship’ with customers. How does that translate to the performance space?
Terry: We feel pretty strongly that consumer expectations are evolving and that brands need to be more purposeful. The ‘open relationship’ that I’ve referred to in the past is simply our attempt to be more human and open about the challenges, triumphs and life experiences that go along with living an active way of life. We feel that it is our duty to be that source of relatable inspiration on an ongoing basis for our customer. As a brand, we speak like people and utilize social platforms and other technologies that we have at our disposal to communicate more frequently than our peers in the active apparel space.

“The WOLAFam (name of our community) knows who we are and why we’re here… What connects all of us is a shared belief that living an active way of life allows us to be the most effective and best versions of ourselves and that’s what is most important to us.”

What is it about WOLACO that customers connect with?
Nick: The WOLAFam (name of our community) knows who we are and why we’re here. We’re relatable and accessible, we’re answering their questions, commenting on their photos and videos, working out with them, grabbing coffees, dinners, they know if they’re in NYC they can DM us and we’ll respond. It’s completely unscalable but it’s core to who we are as a brand and a business. What connects all of us is a shared belief that living an active way of life allows us to be the most effective and best versions of ourselves and that’s what is most important to us.

If you had to choose, what is the one distinguishing aspect of WOLACO apparel?
Terry: I’ve always felt like I’m simply making products for myself. And now that our team has grown I know that Nick and Erin feel the same way. I feel pretty strongly that the intimate understanding we have of our customer has given our team high attention to detail that’s difficult to match. More specifically though, we like to say that we’ve re-engineered compression gear. Our business was founded on a functional compression short with sweat-proof pockets called the North Moore Short. From the start, our compression offering is what we have been most well known for.

What’s been the most rewarding part of building the business?
Terry: The business we’re building is very much mission based. We feel strongly that there’s an opportunity to inspire our generation to live a more active lifestyle. Over the years we’ve heard a lot from customers about how our brand has had a tangible positive impact on their lifestyle. There’s nothing more rewarding than hearing that, it validates all the hard work that our team puts in.

Is activity an important part of WOLACO’s team culture? How can you encourage an active culture across the company?
Nick: Activity, motion, training, just MOVE. Leave the office at 2PM and GO MOVE. We have yogis, and runners, dog walkers, and backcountry skiers. Being active helps build the stamina required to build a business. We want everyone from our interns to our head of design to incorporate a practice of motion – whether that’s through DJ’ing and dancing or spin classes and HIIT workouts. We hope to build a functional fitness studio space in our next office where we’ll be able to host workouts of all kinds, until then – we have an unlimited vacation policy for movement.

How has your workout routine changed since starting / working at WOLACO?
Erin: I made a pretty significant shift in my early WOLACO days to start living an active lifestyle. The difference that I experienced in my mental capacity, energy lifespan and creativity throughout the day was drastic. Now being active is extremely intertwined into the ebb and flow of my week. As a group, we work out at least once a week together at our weekly WOLACO Wednesday workout we host, but we push each other individually in many ways as well, noticing when one of the team members might just need to head out mid-day for a run to get the endorphins flowing.

“Everyone has the ability to unlock their own form of athleticism. I think many of us are held back by preconceived notions that ultimately end up holding us back from achieving our potential.“

As a trio, hows does the dynamic shift between work, sweat and kicking back?
Erin: Terry, Nick and I work together and live together and some people find that crazy but I always tell the skeptics that I don’t think we could do what we are doing with any other 3 people. I think we are able to shift through the various responsibilities and personal commitments because of our philosophy on communication: 1) There is no conversation too difficult to have and 2) check your intention to make sure its good. As long as we have that, we shift from work, to rest, to sweat with ease. We’re all very entrepreneurial so when we aren’t talking work or working out, we’re talking ideas.

How does your lifestyle and the ‘Way of Life Athletic Co.’ mantra influence your wardrobe choices?
Terry: I think my wardrobe is most impacted by the day-to-day process of building a business. Each day is unpredictable. One day I’m at a desk answering emails and the next I’m touring a factory, moving boxes or running circles around Manhattan (late to meetings). So my wardrobe has become largely influenced by a need to be functional/athletic while still looking professional. A pretty typical look for me: WOLACO Clinton t-shirt, Uniqlo black stretch denim jeans and my black LANE EIGHT sneakers. Though this look has been largely born out of necessity for work it has definitely become a part of my general wardrobe.

How have you approached your expansion into womenswear?
Erin: It’s been really incredible to see women gather around WOLACO which has been solely a men’s brand up until this point. The Way of Life is something we can all relate to, something we can all create for ourselves, so when we started seeing more women than men show up to WOLACO Wednesdays, seeing women buy the men’s compression gear, and started asking them questions, we saw that women wanted the same things. Women want gear that makes them more efficient, they want product that works for them so that they can focus on the benefits they gain on the inside, they want activewear that echoes their own strength and commitment to an active lifestyle. We are giving active women what they want and we are looking to give them a community in return.

You talk about the ‘modern athlete’ which hits close to LANE EIGHT’s ‘everyday athlete’ motto, what do those terms mean to you and how does it resonate?
Terry: Everyone has the ability to unlock their own form of athleticism. I think many of us are held back by preconceived notions that ultimately end up holding us back from achieving our potential. For example, if you didn’t play a sport in high school or college, then one might think that exercise is something that they should be less inclined to partake in. We would like to remove stigmas like that. Really removing that barrier and hammering home the point that we’re all athletes in our own way.

More specifically though, the Modern ATHLETE on our terms is someone that is competitive in life. You are making the healthy decisions that you do because you’re competing with yourself or something else that constantly drives you to be better. Perhaps it is competition against time, for your loved ones, for the career you’ve always dreamed of, or simply to be a better you. There’s edge and an ambition that goes along with being a Modern Athlete. 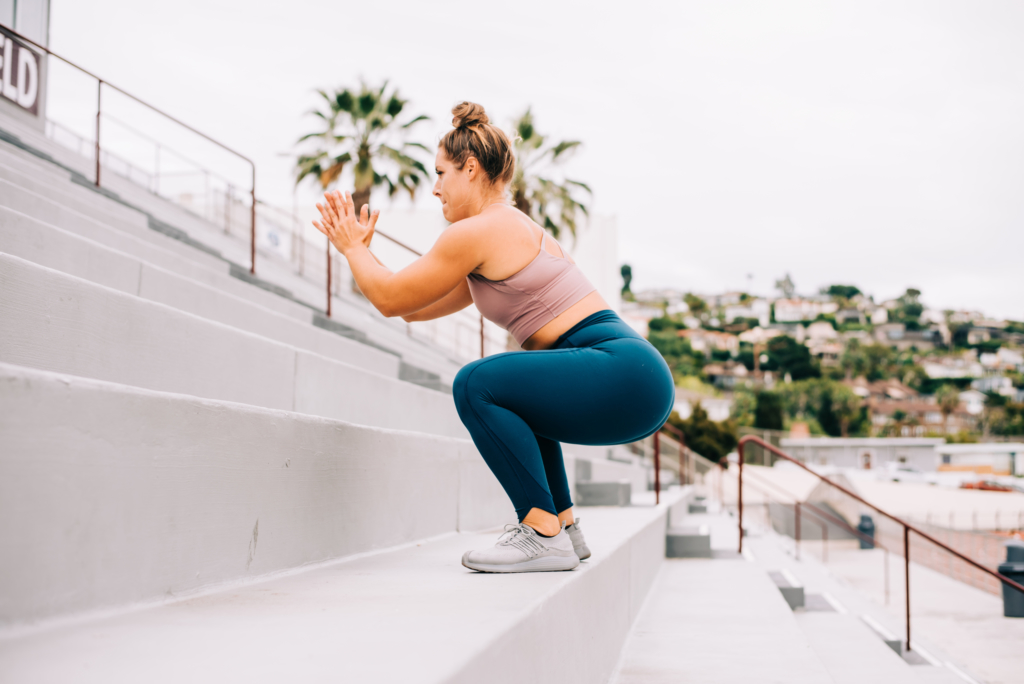 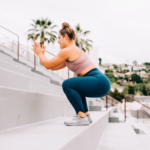 A Conversation on Empowerment, Confidence, and Self-Love with The Sam Plan 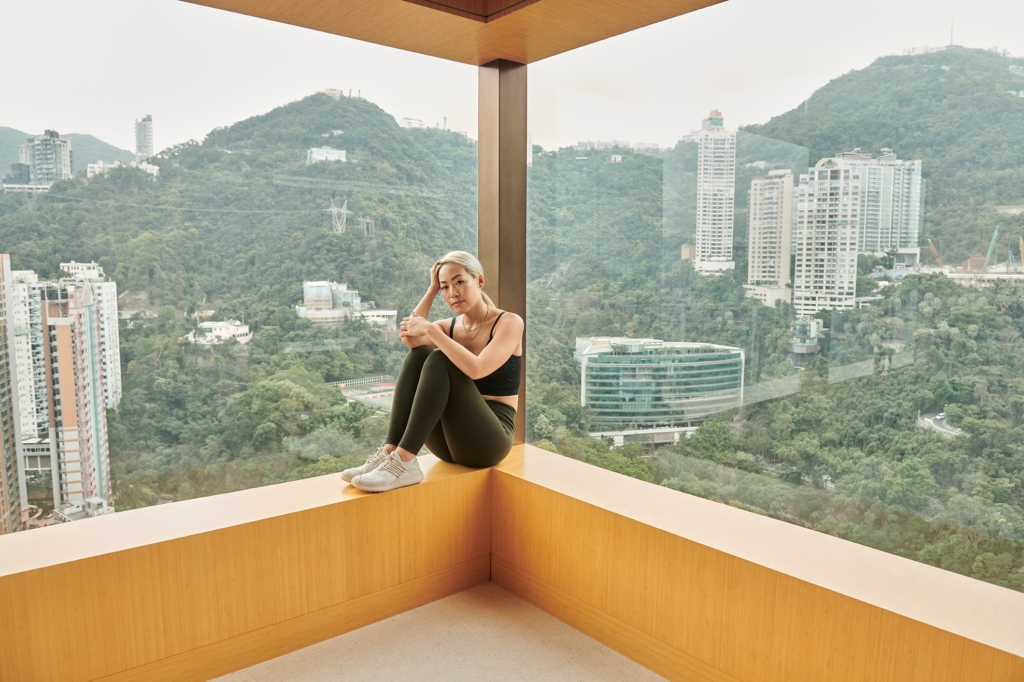 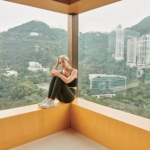 Fusing Food & Fitness with Nicole Fung of That Food Cray !!!

Finding Movement That You Love With Tara Laferrara Of Compass Fitness